As The Monkees long on-and-off career seemed to really be over in 2019 (as both Davy Jones and Peter Tork had passed on), it was unexpected that surviving members Micky Dolenz and Mike Nesmith would continue the band and tour successfully under The Monkees name, also adding The Mike & Micky Show to the banner.

This generous twenty-five song set was culled from their 2019 concerts and focuses on mixing the hits with the deeper album cuts.

Nesmith, who had really been enjoying performing live again this past decade (so much so that he even resurrected his solo group, The National Band, with a revamped lineup for gigs in 2018), lays down extremely sharp lead vocals on “You Just May Be The One,” “You Told Me,” “Listen to the Band,” and a manic, “Circle Sky.” He also pulled out some rarities such as “St. Matthew,” (an ode to a female grifter), and “Tapioca Tundra.” Oddly, Nesmith’s “Good Clean Fun,” which was the opening song on the entire tour, is not included.

Still one of the best frontmen ever, Dolenz’s enduring charm lights up the set on the frantic lyrical road race, “Goin’ Down,” (a tale of an attempted drowning by suicide, which is immediately regretted), the pop perfection of “The Girl I Knew Somewhere,” a stripped down “Randy Scouse Git,” (during the duos unplugged set each night), and the sharp social commentary-filled “Pleasant Valley Sunday.” Dolenz also manned the lead voice on Jones’ most iconic moment, “Daydream Believer.”

While most of the classic Monkees super-hits are covered (“Last Train To Clarksville,” “(I’m Not Your) Steppin’ Stone,” and the Neil Diamond-penned, “I’m A Believer”), they also include a couple of newer band cuts as, “Birth Of An Accidental Hipster” and “Me & Magdalena,” both from 2016’s “Good Times” album.

If this live document is truly the last Monkees project ever, it will surely add to and cement their legacy as one of the greatest pop bands ever.

Health chiefs in Staffordshire have hailed the news that all adults can now book their Covid-19 vaccinations.
RAF veterans begin fundraising bike ride to the National Memorial Arboretum
18 June 2021

Two veterans are embarking on a 690-mile cycle ride with a stop at the National Memorial Arboretum to raise money for the Royal Air Forces Association.
Councillor calls for safety improvements at Lichfield junction after fatal crash
18 June 2021

A councillor says steps must be taken to improve safety at a Lichfield junction after a fatal crash.
Return to the rugby pitch puts a smile on the faces of Lichfield youngsters
18 June 2021

Youngsters from Lichfield are celebrating after getting back on the rugby pitch after lockdown.
People in Lichfield and Burntwood warned about mobile phone upgrade scam
18 June 2021

People in Lichfield and Burntwood are being warned to be on their guard against a new phone scam.
Petition calls for improvements to “notorious” Lichfield junction after fatal crash
18 June 2021

A petition is calling for improvements to a Lichfield road junction following the death of a motorcyclist.
Lichfield MP highlights plight of choral singing in Parliamentary debate
18 June 2021 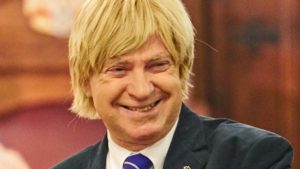 Lichfield's MP has highlighted the plight of choral singing - describing it as "one of the casualties of Covid".
Parks to host shows as Lichfield Garrick unveils outdoor theatre programme
18 June 2021 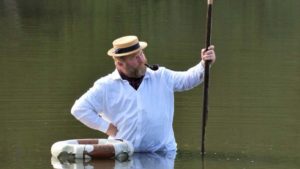 The Lichfield Garrick has unveiled a summer programme of outdoor theatre in local parks.
Appeal for witnesses after motorcyclist dies in Lichfield crash
17 June 2021 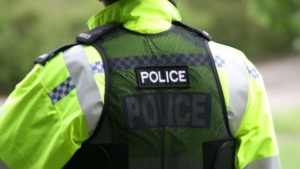 Police are appealing for witnesses after a motorcyclist died in a crash in Lichfield.
Campaign urges people to take steps to improve their wellbeing
17 June 2021 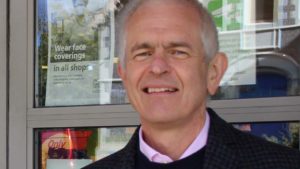 A new campaign is urging people to take steps to improve their overall wellbeing.